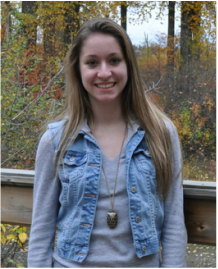 Name: Shelby Jansen
Birth date: March 13, 1999
Hometown: Prince George, BC
Current School: Prince George Secondary School & Canadian Sport School- Northern BC
Main Sport: Track & Field
Coach: Bill Masich
After High School: I would like to pursue track and hopefully earn a scholarship through it. I am very interested in earning a degree in kinesiology then focusing on injuries and rehabilitation.
Role Model: I think most people who I've met have inspired me in some way, rather than a specific person


How it all started:
Running has always been something that I loved to do so in grade four I signed up to do track and field with my elementary school and stood out from others right away. I joined the Prince George Track and Field Club shortly after and excelled in my age category receiving the most outstanding award for the next three years. I've competed at the provincial level each year since and broke the girls 13 year old 300m record in 2012 at the BC Junior Development Championships in Richmond, BC. In 2013, I successfully qualified to compete at the Legion National Youth Track & Field Championship in the midget girls category in the 300m, placing 20th. This was my first national meet which was very overwhelming at first but I was able to take away a lot from the experience and apply that so I could come back stronger next year, which i did. I came back the next year preforming very strong and placed 4th in the 300m and 9th in the 200m. Earlier that year, I qualified to compete for zone 8 at the BC Summer Games in Nanaimo, BC in the 200m and 300m. This multi-sport event allowed me to room with other track and field athletes from zone 8 and become a "team" which was an amazing opportunity that individual sport athletes typically don't get to do. Early into the 2015 season, I competed at the BC High School Championships in Langley, BC for the 200m and 400m and left with 4th place and a huge personal best in the junior 400m along with a 6th place finish in the junior 200m.

In early 2014, I applied to attend the Canadian Sport School- Northern BC for the school year of 2014-15 and was accepted shortly after. Attending this school meant I would take two morning courses at my high school then transfer to the Canadian Sport School at lunch and train for the afternoon. Going through this program has taught me many things from the mental and nutritional side to the weight training in the gym which has let me see massive gains physically and mentally. In these years, I've learned that the mental aspect of training and competing is just as important as the physical.